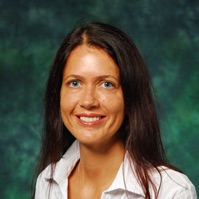 Abstract. Computational linguistics has come a long way, with many exciting achievements along several research directions, ranging from morphology and syntax to semantics and pragmatics. Simultaneously, there has been a tremendous growth in the amount of social media data available on web sites such as Blogger, Twitter, or Facebook, with all of these data streams being rich in explicit demographic information, such as the age, gender, industry, or location of the writer, as well as implicit personal dimensions such as personality and values. In this talk, I will describe recent research work undertaken in the Language and Information Technologies group at the University of Michigan, under the broad umbrella of computational sociolinguistics,  where language processing is used to gain new insights into people’s values, behaviors, and world views. I will share the lessons learned along the way, and take a look into the future of this new exciting research area.