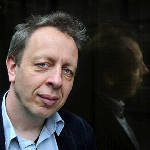 University of Groningen - The Nederlands

Short Bio. Johan Bos is Professor of Computational Semantics at the University of Groningen. He received his doctorate from the Computational Linguistics Department at the University of the Saarland in 2001. Since then, he held post-doc positions at the University of Edinburgh, working on spoken dialogue systems, and the La Sapienza University of Rome, conducting research on automated question answering. In 2010 he moved to his current position in Groningen, leading the computational semantics group. Bos is the developer of Boxer, a state-of-the-art wide-coverage semantic parser for English, initiator of the Groningen Meaning Bank, a large semantically-annotated corpus of texts, and inventor of Wordrobe, a game with a purpose for semantic annotation. Bos received a €1.5-million Vici grant from NWO in 2015 to investigate the role of meaning in human and machine translation.